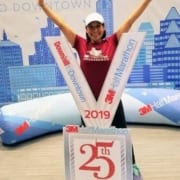 Take a few minutes to meet the 2020 3M Half Ambassadors 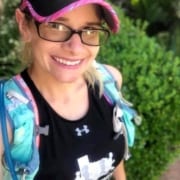 Agatha works full time as the Project & Process Manager at her church. She’s a single mom of two lovely daughters (ages 7 and 16) and is an ultrarunner. Her distance PR is 152 miles! She’s self-admittedly not fast, but has the courage to endure. She runs when her schedule allows because running is her release. It’s her quiet time and how she’s met some of her closest friends. She applied to be a 3M Half Marathon Ambassador because she loves the course and the people, not to mention the great medals and swag! Airon is a native Austinite and avid endurance athlete. She’s a Program Analyst and also a Run Lead at Lifetime South Austin. She participates in various running, biking, and triathlon events. She enjoys running on the Hike and Bike trail in Austin. Airon is proud to be an ambassador to promote the 3M Half Marathon organized by High Five Events. Follow her on Instagram. Ashley is a running coach with Rogue Running in Austin. Her running journey started as a way to relieve stress in college and accelerated when she moved to Austin in 2010. When she’s not found running the local streets, she’s the editor-in-chief of her healthy lifestyle blog, Swift. She’s excited to be a 2020 3M Half Ambassador and spread the Downhill to Downtown love! Follow her on Instagram. Barbara began her running career just trying to get an “A” in her PE class in nursing school. Luckily for her, the exercise stuck (and yes, she got the “A”).  That was back in 2000. Since then, she has run 12-15 half marathons, more 5Ks and 10Ks than she can count, and this September, she will complete her second 70.3 triathlon at Kerrville Triathlon Festival. Running feels like freedom to her. Freedom from worries, freedom to truly enjoy the outdoors, freedom to challenge herself to be better. Running has also brought her closer to her daughter, who seems to have caught the same bug her mother did all those years ago. Now they challenge each other to reach greater achievements than they thought possible. Brittany is 25 and began running at the end of 2013 to live a healthier lifestyle and to lose weight. She ran her first half marathon by 2015. Starting off 2017 with a bang, Brittany and her mother ran their first marathon. Three short years later, they will run the 3M Half Marathon half for the second year in a row and enjoying the time they spend together. Her favorite part of running is being able to enjoy the journey with her mom. She is her rock and inspires her to be a better person. Follow Brittany on Instagram. Katrina loves being active. Her favorite thing to do is to combine vacations with running race events and enjoying the outdoors. Because of this, she started working towards a goal to complete a marathon in all 50 states. She has completed six states so far with #7 coming this fall. She has participated in the 3M Half Marathon three years in a row and continues to tell everyone that it’s her favorite half marathon (maybe even favorite race as it’s one of the few races she’s repeated). Follow her on Instagram. Lauren lives in Plano with her wife and their dog, Penny. She works as a Medical Librarian at a hospital in Dallas. She came to love running in high school on the cross country and track team and have been on the move ever since! With more than 25 half marathons and 5 full marathons under her belt, her love for the sport continues to grow with each race start line she crosses. She is honored to represent the 3M Half Marathon again in 2020 and run the streets of Austin! Follow Lauren on Instagram. Liubov is originally from Ukraine. She moved to Austin in 2014. When she came to the US she was not a runner nor an active person. In 2015, she began her transformation journey by running just 20 minutes a day, 3 times a week. She lost 50 pounds! Eventually, she became a run addict and her favorite distance is the marathon. Running has changed her lifestyle and mindset and made her a better person. She wants to inspire people by showing how she became healthier and happier. Follow her on Instagram. Sara discovered her passion for running more than 20 years ago while living in her hometown of Chicago. She has run 50 marathons. Sara moved to Austin 10 years ago and loves the amazing Austin running community. She had a brain tumor removed in 2015. Thankfully the tumor was benign, but she had a long road of recovery ahead of her. She ran her first 50K ultra race seven months after brain surgery. She is the Director of Volunteer Services for the Austin Runners Club, a local nonprofit organization. Volunteering and working with visually impaired and disabled athletes has been a very rewarding experience for her. Follow her on Instagram. 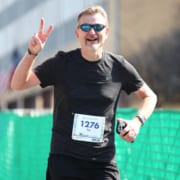 Scott is 63 years old and has been running off and on for more than 30 years. He mostly ran shorter distances and completed his first half marathon, the 2016 3M Half Marathon. Scott lives in Georgetown and volunteers with the Georgetown Running Club. Scott said the great thing about 3M Half is the significant net downhill, making it the perfect half marathon for someone running their first 13.1 miles. Follow him on Instagram. 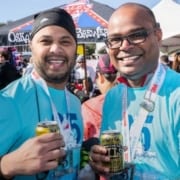 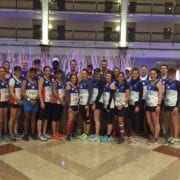 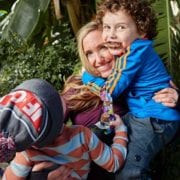 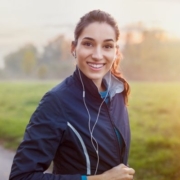 4 Quotes to Keep You on Track

13.1 Reasons to Love 3M Half Marathon