A Clif Bar box arrived the other day. They’re the Official Nutrition of the 3M Half Marathon. Good things happen when those boxes are delivered. We opened the contents and quickly discovered an array of their newest products. We knew we had to put them through a taste test. The box was stuffed with Energy Granola, Fruit Smoothie Filled bars, and Sweet & Salty bars. There was also a stainless steel travel jar so you could take granola with your on your next hike. Read our reviews, then head to your nearest store or visit clifbar.com to scoop these up.

Four different flavors arrived and they all pass the taste test: Cinnamon Almond, White Chocolate Macadamia Nut, Cocoa Almond, and Blueberry Crisp. All four bags of Energy Granola delivered in the taste department. The clusters were extra crunchy and you only need a handful or two before you’re good to go. These make for the perfect afternoon snack at the office. Depending on your preferred flavor, Energy Granola would come in handy on a long trail hike or a cross-country flight. Pro tip – these make the perfect cereal topper. Sprinkle in a handful to liven up your morning!

Clif Bar sent all three new Sweet & Salty flavors and holy smokes these were insanely amazing. Honestly, we can’t decide which one is our favorite. We loved Caramel Toffee with Sea Salt, Chocolate Chunk with Sea Salt, Peanut Butter & Honey with Sea Salt. As many in the endurance community know, sweet and salty is the magic combination. Clif Bar hit the nail on the head with these three creations. Constructed like the original Clif Bars, these are perfect for a pre-workout meal or post-ride snack on the go. The bars were light, crunchy, tasty, and left you contemplating whether or not you should open another one. Introducing the highlight of the box, the CLIF® Fruit Smoothie Filled Energy Bars. Talk about hooked on a filling. All three new flavors (Strawberry Banana, Wild Blueberry Acai, and Tart Cherry Berry) arrived in the box and it was a toss-up to see which one we ate first. All three bars got the job done and left us wanting more. Each bar uses USDA organic and non-GMO ingredients to deliver sustained energy. The filling is made from a blend of cashew butter and the bright flavors of organic fruit.

We apologize at the abrupt end to this blog. We’re headed to the store to get more.

Goals were achieved and hundreds of PRs were earned at the 2018 3M Half Marathon on Sunday, January 21st. More than 7000 participants registered, the most in event’s 24-year history, for the standalone half marathon, coming to Austin from 47 states and 19 countries. Thousands of spectators lined the streets of Austin, cheering on runners and ensuring this special day will be remembered by all, including Laurie Allen, 9-time IRONMAN finisher, who finished her first half marathon on a hand cycle in 2:29:59 (after an accident in 2015 rendered her a quadriplegic). 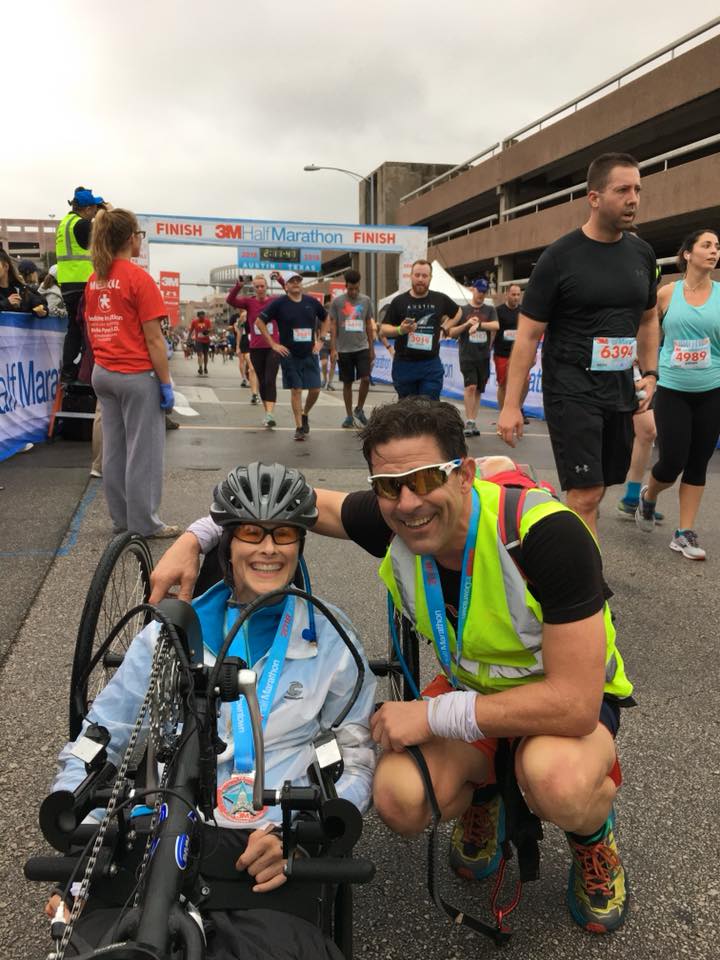 “Another spectacular race day made possible by the folks at High Five Events and my amazing group of friends,” said Allen. “I love being back out on the race course with my fellow runners. It was a perfect day!”

Allen started at 7:10 a.m. while the rest of the field began their race to the heart of Austin at 7:30 a.m. Navigating their way downtown, 5626 runners enjoyed a fully supported course, complete with eight aid stations with water and nuun, a CLIF Bar CLIF Zone handing out CLIF SHOTS near Mile 7, thousands of cheering spectators with cowbells and hilarious signs, and nine bands performing live music on course.

“I had two goals coming into the 3M Half Marathon: to PR by one minute and to stick with the 1:55 pacers, then pick up my pace the last couple of miles,” said Jillian Baaklini, who set her half marathon PR (1:53:19) at the 2018 3M Half Marathon. “About a mile out I realized I would beat my previous PR by three minutes. I had this unexpected burst of energy and sprinted to the finish!” 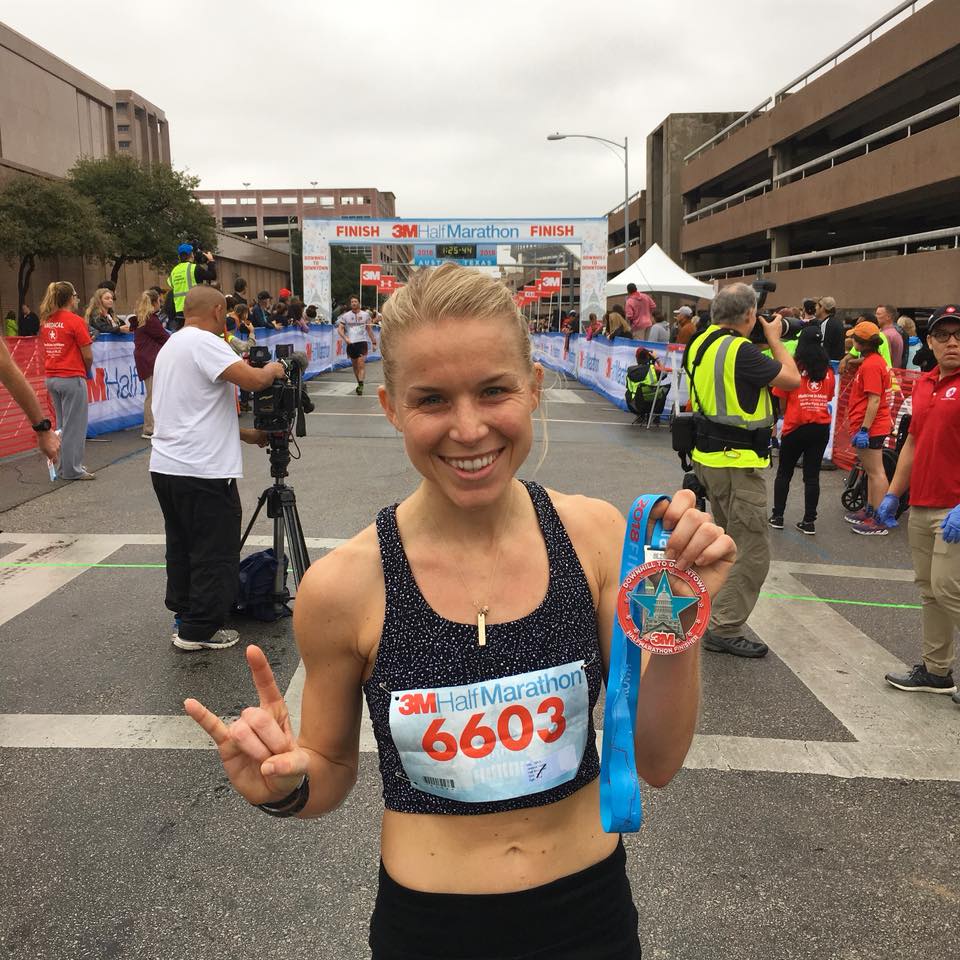 “2018 3M Half Marathon was a great opportunity to test my fitness and get myself into a race environment,” said Whelan, who used this as a tune-up race before the Austin Marathon on Feb. 18th. “It was nice to work with Byran Morton while being cheered on by the Austin running community. I look forward to running these streets again in a month at the Austin Marathon.”

For those planning ahead to January 20, 2019, next year’s registration is open and set at the low price of $65. This amazing deal will be available until Wednesday, January 24th. Don’t miss out on one of the faster half marathon courses in the country and the best packet in the industry, full of useful 3M products. Participants can see their results on the 3M Half Marathon website and continue to share their memorable experiences on Facebook, Twitter, and Instagram. Runners can expect their FinisherPix race day photos to be ready in 24-48 hours after the race.

The 3M Half Marathon boasts one of the fastest 13.1-mile courses in the country and will open registration for 2019 on Monday, January, 22nd. Runners will enjoy a point-to-point course with mostly downhill running that showcases some of Austin’s finest locations. Starting in north Austin and finishing in near the Texas State Capitol, runners will appreciate a 300+’ net elevation drop. 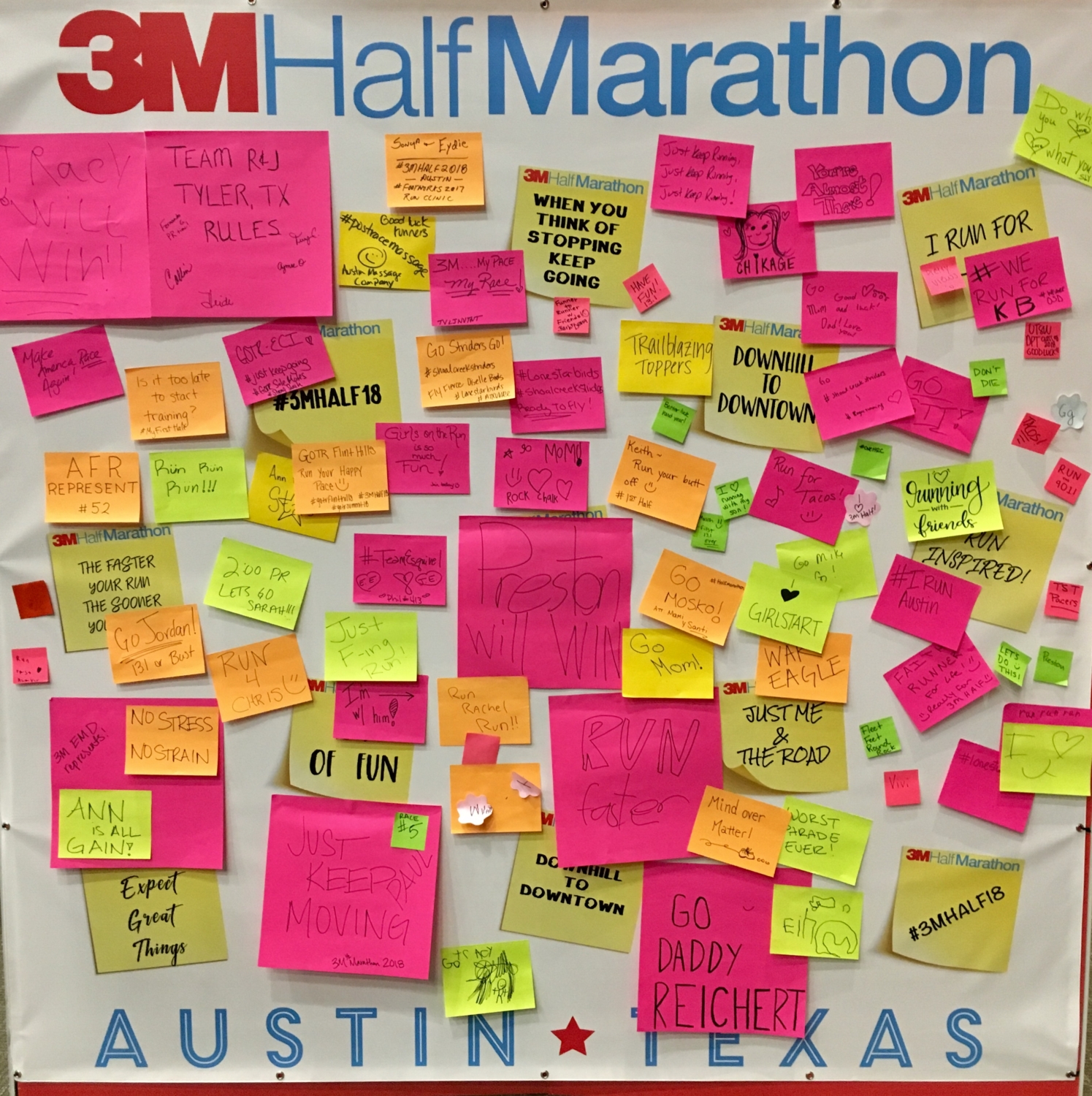 The 2018 3M Half Marathon would like to thank the volunteers, spectators, and participants who made the race so special. They would also like to thank 3M and Director Mark Holmstrom, Girlstart and Deputy Director Julie Shannan, H-E-B, Under Armour, Clif Bar, nuun, Heavenly Care Moving, Dole, Medicine in Motion, Oskar Blues Brewery, Ben Phillips – Engel & Völkers Austin, and Austin Massage Company.

High Five Events is making final preparations for the 24th annual 3M Half Marathon on January 21st. With registration numbers nearing 7000 participants, this is expected to be the largest field in the race’s history. The race will begin at 7:30 a.m., feature a competitive elite field, benefit Girlstart, and highlight thousands of runners racing for their half marathon PR.

Beginning near The Domain, thousands will run the predominantly downhill course in search of their PR, cruising through beautiful Shoal Creek Blvd., historic Hyde Park neighborhood, the world-renowned University of Texas at Austin, before finishing near the Texas State Capitol. The 3M Half Marathon’s finish line festival will celebrate finishers and their efforts. In addition to their Under Armour participant shirt, spinning finisher medal, bottle of water, and snack bag, participants (21+) can enjoy Oskar Blues Austin brews and devour delicious food from several food trucks. Sponsors, vendors, and partners will populate the finish line festival, celebrating runners and their achievements.

“We’re thrilled to host a record-breaking number of runners at 3M Half Marathon, especially those running towards a half marathon PR on the streets of Austin,” said Stacy Keese, co-owner of High Five Events. “Couple the excitement of race week in Austin with great sponsors like 3M, Under Armour, nuun, and Clif Bar and you have the makings of a memorable event for participants, spectators, and volunteers alike.”

Girlstart is once again the beneficiary of the event. 3Mgives will contribute $50,000 to support Girlstart’s educational programs in conjunction with the race. Through its comprehensive programming, Girlstart provides a year-round, intensive suite of STEM education programs for K-12 girls. Girlstart’s core programs foster STEM skills development, an understanding of the importance of STEM as a way to solve the world’s major problems, as well as an interest in STEM electives, majors, and careers.

The 3M Half Marathon boasts one of the fastest 13.1-mile courses in the country and will celebrate its 24th year running in 2018. Runners will enjoy a point-to-point course with mostly downhill running that showcases some of Austin’s finest locations. Starting in north Austin and finishing near the Texas State Capitol, runners will appreciate 306’+ net elevation drop. Participants can register on the website.